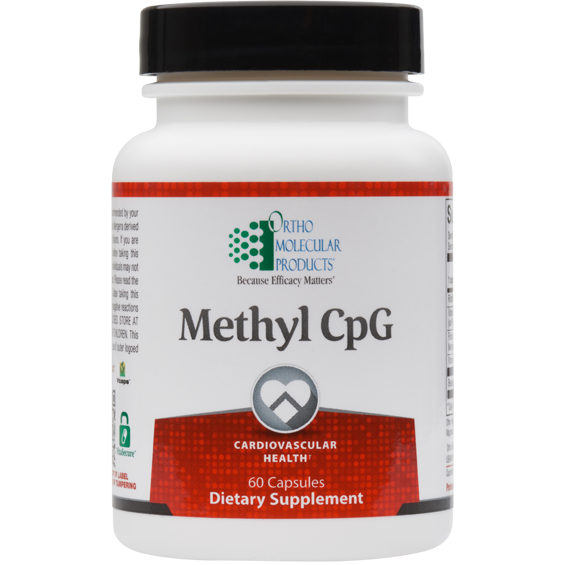 Methylation is a vitamin-requiring biochemical process in the body that is critical for supporting many aspects of mental and physical health including regulating gene expression. Methylation occurs billions of times every second and helps the body to repair DNA on a continual basis. However, when methylation processes in the body slow down, an increase in the breakage of DNA strands can occur. In addition to maintaining DNA repair, methylation reactions help maintain optimal neurotransmitter production, homocysteine balance for cardiovascular health, and the recycling of molecules that are required for detoxification and healthy inflammatory response. Methylation is also required for proper energy metabolism, immune and nerve cell function. Proper methylation can be inhibited by nutrient deficiencies including folate, and B2, B6 and B12. Certain medications such as acetaminophen, aspirin, ibuprofen and oral contraceptives can also deplete blood levels of these crucial B vitamins.

Folate is a water soluble member of the B complex vitamins that is critical for maintaining optimal methylation. Folate is abundantly found in foods such as fruits and dark leafy vegetables but, can be easily destroyed by cooking or processing. The bioactive form of folate is 5-methyltetrahydrofolate (5-MTHF). 5-MTHF is required as a methyl group donor for several processes, including the production of mood regulating neurotransmitters, the synthesis of melatonin, and DNA production and repair.

Vitamin B12 works with folate in many body processes, including the synthesis of DNA, red blood cells and supporting health of the myelin sheath, the insulating exterior that surrounds nerve cells. B12 is found primarily in animal foods. Vegetarians and the elderly run the highest risk of B12 deficiency. Methylcobalamin is the preferred form of B12, as it is the biologically active form of B12 and supports the up-regulation of methylation pathways.

Vitamin B6 is a crucial B vitamin that is involved in the production of proteins in the body, neurotransmitters that help regulate mood, red blood cell formation and the proper functioning of the immune system. B6 is required for more than 60 different enzymatic reactions that occur in the body. Vitamin B6 works along with 5-MTHF and B12 in the recycling of homocysteine. B6 also supports a healthy cardiovascular system by promoting healthy platelet aggregation and aids in maintaining normal blood pressure.

As a methyl donor, trimethylglycine supports liver function, including detoxification pathways. Trimethylglycine has been shown to be beneficial in protecting against fat accumulation in the liver, due to its lipotropic properties (donating a methyl group to aid in the transport of fat out of the liver). Trimethylglycine also works alongside B2, B6, B12 and folate in maintaining normal homocysteine levels.

Save this product for later
Display prices in: USD
Menu